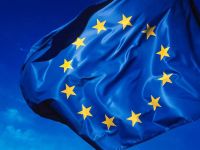 pean Council has released the final versions of its Medical Device Regulations (MDR) and In Vitro Diagnostics Regulations (IVDR).  According to JDSupra, the Council of the European Union will vote on March 7, 2017 whether to adopt the MDR and the IVDR.  That vote will be quickly followed on March 20, 2017 by a vote by the European Parliament.  If adopted, the MDR and IVDR texts could be published by May 2017 and enter into force in May or June 2017.  The MDR would be applicable by 2020 and the IVDR by 2022.

The final texts retain much of the same information of the current Directives released in May 2016.  According to Regulatory Affairs Professionals Society (RAPS), an EU official stated that:

The content of the two regulations on medical devices and in vitro diagnostic medical devices is still the same as in the agreement reached between the Council of the EU and the European Parliament in May 2016 which has been approved by the Council on 20 September 2016…  The difference between these ‘old’ documents and the ‘new’ documents is that the new documents have undergone a legal-linguistic review to make sure that the texts are coherent and equivalent in all 24 official EU languages. So in other words: the wording might have changed, but apart from corrections of some obvious mistakes and addition of necessary clarifications the new EU rules remain unchanged.

The regulations generally strengthen pre-market requirements and post-market surveillance, including establishment of a unique identification system.  For example, some experts note that under the current IVD Directive, a manufacturer is able to self-certify about 80% of all IVDs on the EU market.  However, when the IVDR becomes applicable five years after its publication, this ratio will flip so that approximately 80% of all IVDs on the EU market will require approval from a notified body.

Tagged Medical Device
Tweet
Michael Burns
Michael Burns is an associate in the firm's Orange County office. Dr. Burns' practice focuses on patent prosecution for mechanical, medical device, and life science clients. Prior to joining the firm, Dr. Burns did post-doctoral research on cardiovascular systems. At the University of Chicago, Dr. Burns was awarded the Ruth L. Kirschstein National Research Service Award to study how oxygen affects blood vessel growth in the lung. At the Ohio State University, Dr. Burns designed and built a flow system for studying how best to restore blood flow after someone has suffered a heart attack. Dr. Burns worked as a summer associate at the firm in 2013 and joined the firm in 2014.
Click here to read full bio View all posts published by Michael Burns »